DADA is our intensity: it sets up inconsequential bayonets the sumatran head of the german baby; Dada is life without slippers or parallels; it is against and for unity and definitely against the future; we know wisely that our brains will become downy pillows, that our anti-dogmatism is as exclusivist as the bureaucrat and that we are not free and shriek
liberty; severe necessity with neither discipline nor moral and we spit on humanity. DADA
remains in the european frame of weaknesses, it is nevertheless shit, but henceforth we want to shit in
diverse colors to decorate the artistic zoo with the flags of every consulate. We are circus managers
and we whistle through the wind at the fairs, through the convents, brothels, theatres, realities,
sentiments, restaurants, ohi, hoho, bangbang.
We declare that automobiles are a sentiment that have cuddled us enough in the slowness of their abstractions like ocean liners, ruckuses and ideas. Meanwhile we exteriorize facility, we search for the central essence and we are content if we can hide it; we do not want to count the windows of the marvelous elite, for DADA exists for no one and we want everyone to understand that. That is the Dada balcony, I assure you. From which you can hear the military marches and come down slicing the air like a seraphim in a public bath to piss and understand the parable.
DADA is neither folly, nor wisdom, nor irony, look at me friendly bourgeoisie.
Art was a nut-shell game, the children assembled words with a ring at the end, then they cried,
and shrieked the verse, and decked it out in doll shoes, and the verse became queen to die a
little and the queen became a whale and the children all ran till their breaths did fail.
Then came the great ambassadors of sentiment who exclaimed historically in chorus
Psychology Psychology heehee Science Science Science
Vive la France
We are not naive
We are successive
We are exclusive
We are not simple
and we are all well-versed in intelligence.
But we, DADA, do not agree with them, because art is not serious, I assure you, and if
we show the crime to say learnedly ventilator, it's to please you, good listeners, I love you so much, I
assure you and I adore you.
THE PARABLE:
if you could ask an old lady the address of a bordello
bir bir bir bir bir bir bir bir bird
who sing on the camel's hump
the green elephants of your sensibility
each one trembling on a telegraph pole
four feet nailed together
he looked at the sun so much that
his face flattened out
oua aah oua aah oua aah
Mr. poet has a new hat of straw that was so beautiful so
beautiful beautiful
it was like a holy halo for truly Mr. poet was an archangel that bird came white and feverish
like from which regiments comes the clock7 from that humid music like
Mr. Shriekshriek had a visit from his fiancee at the hospital in the jewish cemetery the tombs rise like serpents Mr. poet was truly an archangel he said that the druggist was like a butterfly and like a lord and that life is simple like a bangbang like the bangbang of his heart
the woman made from balls in diminishing sizes began to shriek
like a catastrophe yesssssssssssssssssssssssssssssssssssssssssssssssssssssssss 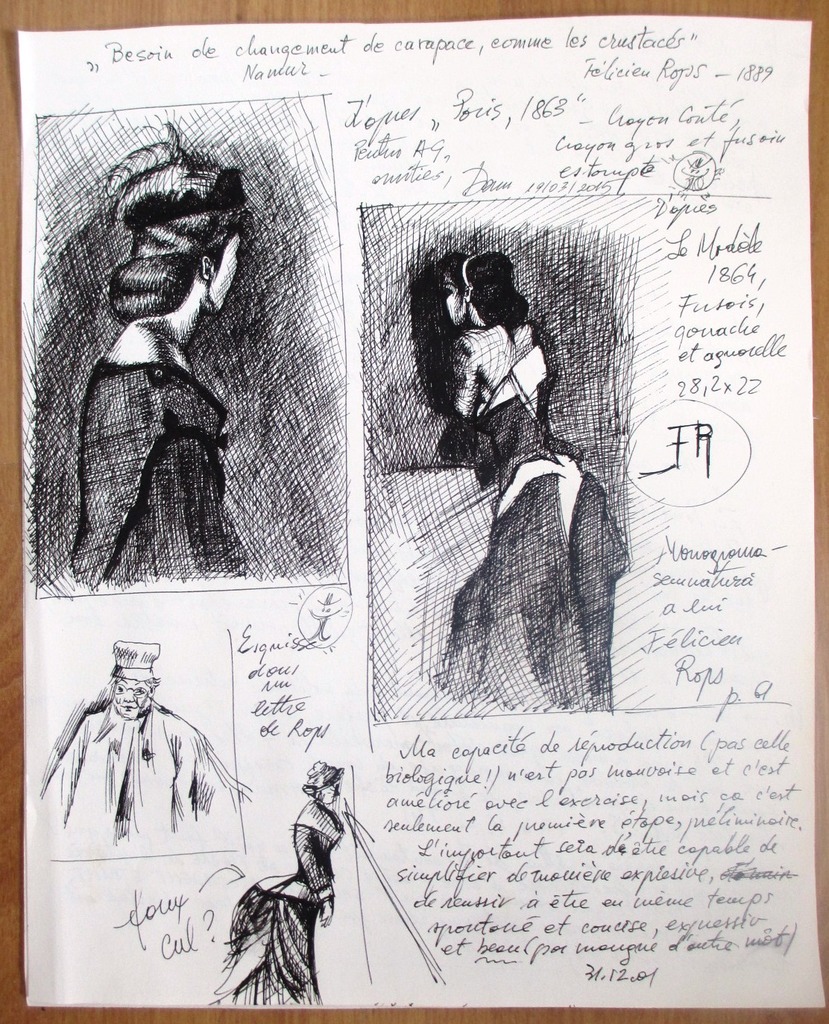