MA Programme for the Translation of the Contemporary Literary Text 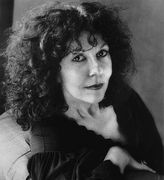 Catherine Texier, novelist, journalist, and creative writing professor, was born and raised in France and now lives in New York City. She is the author of four novels, Victorine (2004), Chloé l’Atlantique (1983), Love Me Tender (1987) and Panic Blood (1990), and a memoir, Breakup (1999). She was the coeditor of the literary magazine Between C & D, is a regular contributor to The New York Times, and has written for Newsday, ELLE, Harper's Bazaar, Cosmopolitan, Marie Claire, and Nerve.com. She also edited the anthologies Between C and D: New Writing from the Lower East Side Fiction Magazine (1988) and Love is Strange: Tales of Postmodern Romance (1993), both with former spouse Joel Rose. She is a recipient of two New York Foundation for the Arts Fellowships and a National Endowment for the Arts Award. 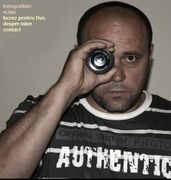 Matei Bîtea is, undoubtedly, an artist with a unique instinct. He writes photographs and photographs writing. Swift and flaring. A rough observer, harsh with himself and the world around him. Articulating cynical, malicious phrases at times, he is a master of bearing details. His coverages are of a head spinning truth. Cinematic kaleidoscope. Never invents but conveys essences. Insufferably realistic. With a quill or camera in his hand, Matei Bîtea is haunted by a sole obsession: revealing the reality of his dynamic world and serving it crudely to us. I am happy to have met him and wish him the best of luck. Matei Bîtea is highly sensitive to the agony of his peers, without wallowing in it. One might say that his approach is sympathetic towards the victims of the world we are living in. (Alex Ştefănescu, Romanian reviewer) 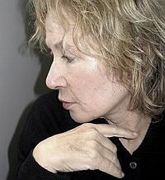 Tsipi Keller was born in Prague, raised in Israel, and has been living in the U.S. since 1974. She is the recipient of a National Endowment for the Arts Translation Fellowship, CAPS and NYFA awards in fiction, and an Armand G. Erpf Award from Columbia University. Her translation of Dan Pagis's posthumous collection, Last Poems, was published by The Quarterly Review of Literature (1993), and her translation of Irit Katzir's posthumous collection, And I Wrote Poems, was published by Carmel, Israel (2000). Her novels, Jackpot (2004) and Retelling (2006), were published by Spuyten Duyvil Press. Her most recent books are Poets on the Edge: An Anthology of Contemporary Hebrew Poetry (SUNY Press) and The Hymns of Job and Other Poems, translated poems by the Israeli poet Maya Bejerano (BOA Editions). 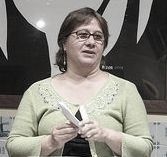 Nava Renek is a writer, editor, and educator. Her first novel, Spiritland, was published in 2002. She is also the editor of Wreckage of Reason: Anthology of XXperimental Prose By Contemporary Women Writers (2008). She has traveled extensively in Europe, Southeast Asia,Mexico and the United States, and lived in various parts of the world including Singapore, London, and San Francisco. She received her MFA from Brooklyn College where she works as a program developer and grant writer. Spiritland is a highly engaging first-person account of a young female American tourist in Thailand, who descends into a drug-addled malaise – and is drawn into dangerous dealings by her dependency.

Carmen Firan, is a Romanian born, poet, fiction and play writer. Her recent books and publications in the United States of America include: Words & Flesh, (Talisman Publishers, 2008,) The Second Life, (Columbia University Press, 2005.)   She is on the editorial board of Lettre Internationale, associate editor of Interpoezia magazine, New York, member of the PEN American Center and The Poetry Society of America, editor of Naming the Nameless. An anthology of American Contemporary Poetry( Cartea Romaneasca Press, Bucharest, 2006,) and Stranger at Home. American Contemporary Poetry, Numina Press, 2008. 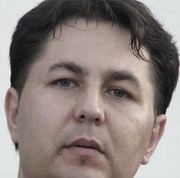 Stefan Bolea is the editor-in-chief of EgoPHobia [εγωφοβια]. Stefan Bolea has an MBA in International Relations, American and European Studies from the Cluj-Napoca University (Romania). He also holds a degree in History and Philosophy and  a PhD in Existentialist Philosophy and European Studies Cluj, Oslo, Munich (2011). Stefan Bolea is the recipient of fourteen national awards for poetry and also the author of two books: Ontology of Negation (2004), a philosophical description of the 19th century nihilism, focusing on Friedrich Nietzsche and Arthur Rimbaud, and Civil War (2005), a poetry description of practical nihilism. He also published Noaptea instinctelor (Brumar, 2009) and Gothic (Herg Benet, 2011) His interest in postmodern aesthetics, consumerism, anarchism, and the philosophy of pop culture led him in 2008 to a joint venture with Romanian American artist Adrian Ionita in promoting the Steampunk phenomenon in Romania 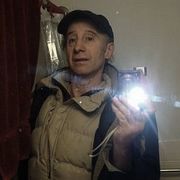 Robert Fenhagen is an American short story writer, born in Baltimore, Maryland on July 2, 1954. He is a graduate of Concordia University in Montreal, where he majored in English Writing, and Psychology. He lives in Pittsburgh, Pennsylvania and is active in local writer's groups and seminars. Since June 2, 2009, he became  co-founder and managing editor of the "Short Story” section of EgoPHobia.

I am always interested in ways to further my writing.

I attempt to grow and change each day. That's something !